Euphoria, an HBO teen drama, has become one of my favorite teen dramas due to its fever-dream aesthetic and biting tone. I’m not sure how realistic the show is – are teenagers really popping molly, having open sex in pools at house parties, or pistol whipping drug dealers? I’ll venture to say no, but I adore Euphoria, especially the makeup looks. Even though Season 2 aims for more “subtle” looks, the makeup, like the show, is manic but beautiful.

Euphoria makeup looks in the early 2000s were not nearly as cool as the teenagers on Euphoria think heavy black eyeliner and super sticky lip gloss that your hair latched onto every time you moved your head. I would’ve killed to put on some cerulean glitter and mega lashes for third period as a makeup-obsessed person since before I was even allowed to wear makeup, but that just wasn’t the style back then (kids today don’t know how lucky they are!). Now, as a grown woman of an unknown age, I’m making amends by stocking my cart with jars of Iridescent Opal Rainbow and Metallic Smokey Pyrite glitter. It was a difficult list to compile.

I’m obsessed with Jules’ interpretation of BazLuhrmann’s Romeo + Juliet for a Halloween party in Season 1. It’s romantic, dreamy, and a little gothic – a look that evokes the film’s ethereal (and slightly trippy) vibe. Even when Jules is very drunk and dives into the pool fully clothed, she swims through the water like an angel. What do you need to pull off this look? You’ll need gold glitter for your brows, gold foil detailing(opens in new tab) around the corners of your eyes, and a pastel, shimmery smoky eye, in addition to a steady hand to place all that gold foil. The glitter tears from Season 1 are probably the most recognisable makeup look from the show. Rue’s look on Euphoria is generally laid-back, but she’ll throw on a smoky eye and a smattering of glitter if the mood strikes. Because the application isn’t meant to be precise, it’s a fairly simple look to recreate. To achieve the emotional, and often messy, quality of tears, the glitter should appear smudged and unpolished. You can use whatever glitter you want, but the show uses Lemonhead LA glitter gel in Houdini. Gels are usually more pigmented and last longer than pressed glitter, so I think it’s worth the investment.

Rhinestone Eyes on Cassie and Maddy

I have included both Cassie and Maddy’s makeup looks to demonstrate the variety of ways you can wear your rhinestones! With a mix of teal and sapphire blue rhinestones(opens in new tab) outlining the eyes, blue glitter eyeshadow, and thick black lashes, this was one of Cassie’s most daring looks of Season 1. Maddy’s makeup, on the other hand, is more delicate but still eye-catching. This look uses pearls rather than rhinestones, but either could be used for a different take on Maddy’s signature winged eyeliner. Kat’s monochromatic eyeshadow look has become something of a signature for her, and I love it. Because you’re only using one colour, these are probably the easiest Euphoria makeup looks to recreate, but they still make a statement. Simply apply the boldest, brightest shadow you can find to the lids and blend upwards to the brow. Then finish with winged eyeliner and lots of mascara! Jules wore these eye spikes to the winter formal, and they were completely out of this world. They also appear to be capable of killing someone, which I appreciate. This Season 1 look follows Jules’ threatening encounter with Nate (in which he blackmails her after catfishing her for weeks), and it appears that she’s used the spikes as armor. Davy even stated on Instagram that she wished for “Jules’ eyes to appear as if they could actually injure Nate.” The mission was completed! 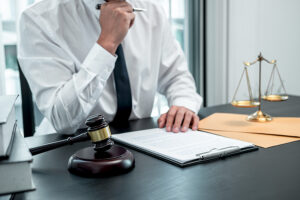 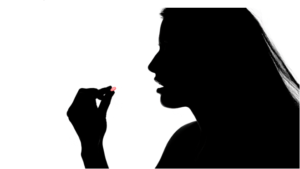