Women comprise over half of the U.S. workforce. And yet, only 20% of tech jobs are held by women.

The glass ceiling is being smashed through in numerous industries in the U.S. and the rest of the developed world.

Information-technology companies are part of the fastest growing industry in the country. Meanwhile, the industry lags behind when it comes to gender equality.

So, is the tech industry the final glass ceiling? Let’s check out the shape of women in technology.

Women and the Glass Ceiling

The so-called ‘glass ceiling’ is the name for the invisible barrier encountered by women and many minorities in a respected profession.

Many people claim that the glass ceiling no longer exists for women, however, the facts speak for themselves.

Of the Fortune 500 companies, a mere 24 are run by female CEOs. This has fallen from previous years, so there is no indication of improvement here either.

On the matter of gender discrimination, women in the workplace continue to encounter it in nearly every industry.

Around 42% of women in the U.S. say they have faced discrimination on the basis of gender in work.

And yet, the state of women in tech is even worse than women in the workplace more generally.

Although the glass ceiling still exists in other industries, there is no denying that women in the workplace have made many advances in the past few decades.

Therefore, it is particularly worrying that these advances have failed to transfer to the tech industry. The glass (screen) ceiling continues to stand in the way of the promotion of women.

For example, almost 57% of bachelor degrees are awarded to women. And yet, only 18% of computer science graduates are female.

In contrast to the improvements being made in other sectors, there has been a regression rather than progression in tech. In the years between 1990 to 2013, the percentage of women in tech jobs dropped from 35% to 26%.

This trend is reflected in the top tech companies; Google, Microsoft, Twitter, and Facebook all have under 20% of women in tech jobs.

What Women in Tech Experience

Even the women who “made it” to the tech jobs have a sad story to tell.

According to a study of women working in Silicon Valley, around 84% of women have been labeled “too aggressive” by colleagues.

While 88% of women say that colleagues regularly address questions to male colleagues when they would best be suited to answering the question.

Most starkly, more than 60% of women have been subjected to unwanted sexual advances in the workplace.

Why Should We Care?

The U.S. tech industry is one of the largest and most crucial industries in the country.

The tech industry is one of the most important drivers of the economy. Over the past decade, the tech industry has grown at a rate of 5.6% compared with the 1.5% growth rate of the U.S. economy as a whole.

Furthermore, the top tech companies are designing and inventing the technologies which affect the lives of everyone.

Would the world be different if the iPhone had been invented by a woman rather than a man? What if the search engine Google had been started by a couple of women?

And yet, there is also a financial argument why we should care about the lack of women in tech jobs. It’s not only a matter of representation and morality.

Several studies have demonstrated that it makes financial and business sense to include more women in the industry.

The best-performing companies on gender representation are, according to one study, “More likely to have financial returns above their national industry medians.”

The average female tech entrepreneurs start with 50% less capital than the average male counterpart. However, the evidence shows that they create 20% more revenue.

So, why are there not enough women in tech?

According to Forbes Magazine, it comes down to a few things.

First, young women are simply not that interested in tech careers. We need to ask “why?”

Second, they don’t believe they’d be good at tech jobs.

Third, the assumption among young women is that they wouldn’t feel happy working with the kind of people who work in tech.

How to Get Girls in Tech

We want to increase the number of women in tech and improve the prospects of women currently in the industry.

There is a need to provide opportunity and inspiration to young girls. Show young women the potential of a career in tech.

We can also begin by transforming the culture of the industry. For example, flexible employment which allows for improved work-life balance would help.

We also need to find the funding to support female tech entrepreneurs to get started. We know that if we do this, the signs are that they’ll perform better than male entrepreneurs.

Are you interested in getting involved in the information technology industry? You can find out more with https://www.charlotteitsolutions.com.

The Future of Business is Female

Even though there are not many women in tech, the ones who are there are making waves.

The inspiring Sheryl Sandberg was previously the VP at Google and now the chief operating officer at Facebook. Then, there’s Meg Whitman at HP and Marisa Mayer at Google.

These female figures are changing the tech industry.

Hopefully, they continue to inspire young girls to study computer science, to set up tech companies and pursue careers in the tech industry.

There is no doubt that many hurdles continue to stand in the way of women in technology. However, there are also reasons to be cheerful about the future.

After our look at women in technology, you’re probably wondering more about women in business in general.

Check out our blog on business to learn more about what the world of work is like for women. 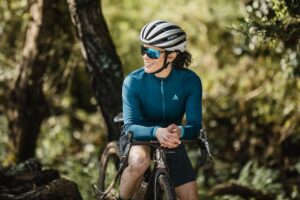 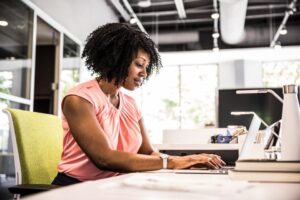 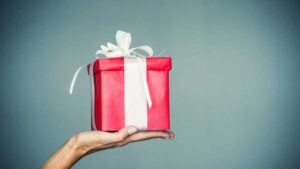