Whether you want fame, income, or both, live streaming can be a viable part-time or even a full-time job. Over 70 percent of people stream video content at least once a day, according to a study by the Interactive Advertising Bureau (IAB). The researchers interviewed over 4,200 live video streamers in 21 countries. About 47 percent of the participants said they increased their live streaming in the last year.

While television is still the most popular medium for live streaming, social platforms are rising quickly in popularity. This is because the report also found that more than half of global customers prefer free, ad-supported live streaming, which sites like YouTube and Twitch offer.

Twitch, a live streaming service owned by Amazon, is one of the biggest streaming platforms in the market right now. The streamers earn revenue from advertisements, viewer subscriptions, digital donations, and even brand sponsorships. It’s mostly known for its community of video game streamers and viewers. However, it recently added other categories like makers and crafting and just chatting. This opened the doors to streamers and viewers with a variety of interests, from political talk to custom mechanical keyboards.

This diverse community has boosted ordinary hobbyists into small-time influencers, celebrities, and even millionaires. In 2017, Twitch released its year in review, which stated that it hit record numbers of over 27,000 partner streamers and 150,000 streamer affiliates. Affiliates and partners are two different tiers of streamers making money on Twitch. As of that year, there were over two million streamers on the platform.

The best and most well-loved streamers across these platforms are making thousands of dollars every month from donations, subscriptions, and their sponsorships. Jeremy Wang, also known as “Disguised Toast,” was one of the top streamers on Twitch before he transitioned to Facebook Gaming. In a 2018 video, he stated that his base earnings were around $20,000 per month. Ninja and Shroud, two of the most recognized and respected streamers had multi-million-dollar partnerships with their previous streaming platform Mixer.

Apart from a great personality and talent and skills in the games and other hobbies you’re live streaming, you also need to invest in a good streaming setup to ensure you provide clear and crisp video and audio to your viewers. Here are the essential components for one.

If possible, use a digital camera like the Canon EOS R or even a GoPro. If you don’t have one, you could get a high-quality webcam like the Razer Kiyo or the Logitech Brio Ultra HD. As for your microphone, a USB-powered one will do just fine. Popular mics for streaming include the HyperX QuadCast and the Razer Seiren X.

Streaming is one of the most profitable careers right now. If you want to make it big, however, you don’t just need skill and a great personality, you also need the best gear. Viewers expect high production value, with crisp audio and high-definition video. Use this as a guide when setting up your streaming station, and you’ll be on your way to making an affiliate, or even partner with your chosen platform. 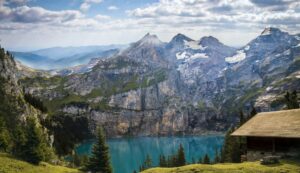 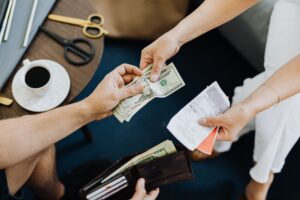