Our health is of utmost importance. Not only does it promote quality of life, but it also ensures longevity.

As a person striving to live a healthy lifestyle, unfortunately, certain conditions and diseases that are hereditary. These are diseases that occur as a result of the genetic structure of an individual. Some of them are naturally occurring from birth. To promote awareness, we have come up with a list of hereditary diseases affecting many Americans. Let us delve into specifics.

Fructose malabsorption, popularly known as fructose intolerance can sometimes be caused due to genetic factors. Hereditary fructose intolerance is caused by the absence of aldolase B, thus causing metabolic problems. In this case, when the body absorbs fructose and sucrose, it causes low blood sugar otherwise known as hypoglycemia. This is further detrimental as it results in an accumulation of harmful substances in the liver.

For treatment, people suffering from hereditary fructose intolerance are required to eliminate the use of fructose and sucrose, which can be otherwise challenging. The effects of this condition can be mild to severe, where in its severe state, elimination of these sugars will not guarantee a healthy liver.

Obesity is a condition caused when a person consumes foods and drinks that contain more calories than their bodies need. It results in an accumulation of fat in the body. The condition is common with many people who tend to overeat. However, in rare circumstances, it happens to family members. The presence of the MC4R gene that has diminished functionality, causes people to feel hungrier than usual and overeat, resulting in obesity.

It is, however, good to note that no single gene is responsible for obesity in the family. Research has shown that over 50 genes found in the human body can trigger obesity. To prevent affected persons from suffering from this condition, eating healthy foods is imperative.

According to research, approximately 108 million Americans suffer from hypertension. Hypertension is characterized by blood pressure that is abnormally high.

The saddest thing is that hypertension is hereditary. It is not uncommon to have several members of the extended family suffering from it. When both parents have a hypertension diagnosis, there is a high chance of the children suffering from the same.

There are various ways to control high blood pressure. Regularly taking medication, exercising, losing extra pounds, eating healthily, cutting back on things such as alcohol and salt are some of the ways to bring blood pressure to the required levels.

Doctors are yet to identify the cause of Type 1 diabetes. However, what medical experts say is that Type 1 diabetes develops when the body’s immune system begins to self-destruct by destroying pancreatic cells that are responsible for insulin production.

No specific cell is responsible for this but research shows that if a parent is suffering from type 1 diabetes, there is a 1 in 17 chance that their child will develop the condition.

Diabetes causes a lot of unpleasant and sometimes life-threatening complications. Some of them include nerve damage, kidney failure, blindness, and foot problems. For treatment, patients take insulin, exercise, and eat a healthy diet. Constant blood sugar monitoring is also vital.

Cancer may affect anyone. However, certain types of cancers are passed down the family tree. Hereditary cancer is often as a result of gene mutations. Some of the most common types of hereditary cancers include lynch, ovarian, and breast cancer.

For instance, in some families, you will find that the grandmother, mother, daughter, and aunt have breast cancer. It is, however, good to note that in the case of such scenarios, it is not cancer that is inherited but the abnormal genes that are likely to cause the disease.

In its early stages, cancer is curable. Stage 3 and 4 cancers are notorious for causing deaths. A patient can be declared cancer-free. However, there is a possibility of cancer attacking again in less than 5 years because the genes responsible for the development of the disease are still present in the body.

Heart disease is the leading cause of death in the United States. Considering that cardiac disorders are hereditary, it is no wonder the numbers of affected persons continue to rise.

Coronary artery and congenital heart disease are some of the conditions that can be passed down to family members. As such, in families where one person is diagnosed with any cardiac disorder, medical check-ups for the rest of the members are advised. 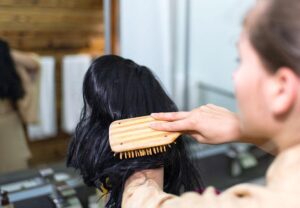 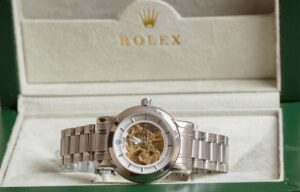 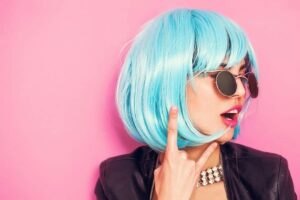