The fashion industry has never been afraid to test the boundaries of art, and there is perhaps no better proof of this than how the industry has worked alongside the LGBTQ community. Fashion designers and icons have relied on the talents of gay artists for decades, and the queer community has often found solace in the heteronormative-defying rules of fashion. Their historical and continual celebration of one another ensures progress in both industries for years to come.

1. A Celebration of Same-Sex Marriage

The past decade has seen several countries, including the United States, legalizing same-sex marriage. Many fashion labels chose to celebrate through their designs, reflecting a cultural shift away from heteronormativity and toward more equitable representation. The victory inspired Dolce and Gabbana to release a collection of pieces displaying same-sex couples, while famous jeweler Tiffany and Co. celebrated with its first commercial featuring a gay couple.

When they first hit the scene, major-league designers Christian Dior and Cristobal Balenciaga kept their sexuality secret to avoid potential pushback from disapproving patrons. Today, these LGBTQ fashion icons are admired for paving the way for openly-gay designers to live their truth with less fear of retaliation or personal harm.

Although some criticize the fashion industry for exploiting the gay community, Pride-focused fashion has set the tone for inclusive LGBTQ designs. Some brands, such as Ralph Lauren and Versace, have taken a literal approach to celebrating Pride by showcasing rainbow-adorned pants, tops, hats, and handbags. On the other hand, Moguls such as Jimmy Choo use their Pride collections as a way to generate donations for organizations that help the LGBTQ community. Dolce and Gabanna recently partnered with The Trevor Project, a non-profit dedicated to improving the lives of trans and non-binary individuals.

Over the past few years, trends from previous decades have made their way back into luxury fashion. Androgynous styles from the 80s and 90s have become especially popular amongst younger generations, in part because of the way they reject adherence to specific gender roles and appearances. While indirect, this victory for the LGBTQ community reveals a more accepting society in which gay designers and consumers alike can thrive.

Climbing your way to the top is never easy, but openly-gay designers face even greater hurdles when it comes to achieving success. Newer generations of consumers, however, are making a point to elevate LGBTQ fashion brands and icons. In conjunction with widespread internet access, this makes it easier for LGBTQ community members to rise to stardom, no matter their origins. For example, Bryanboy, a Filipino designer, started a blog in his mother’s house at age 24. Now, he is recognized for running an award-winning fashion blog.

Taking a look back at the evolution of fashion reveals just how far the industry has come in regards to LGBTQ representation and inclusion. In the 1920s, fashion icons began to reject the typical expectations for the genders and started attending “drag balls” in which guests were encouraged to dress in a gender-fluid fashion. This movement birthed what would eventually become known as the ballroom scene, a space for gay and trans community members to gather, dress, and be their authentic selves. While gender-neutral attire and designs are becoming more popular, the fashion industry has work to do to fully embrace and celebrate this community that has given it so much.

Over the past century, the history of fashion has proven to be intertwined with that of the LGBTQ community. From queer designers to gender-bending new styles, the fashion industry continues to pave the way for younger generations of LGBTQ trendsetters. 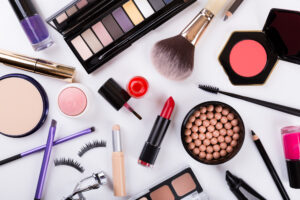